Out Of The Coma 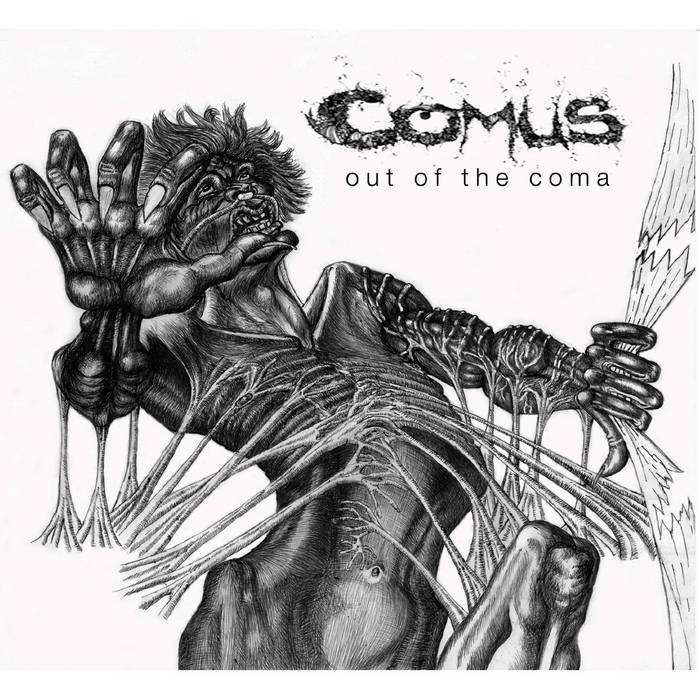 thenewspaper If you like the first Comus incarnation, this is the best thing that could come your way. it was for me, discovering it in 2020--I listened in awe, and got all I wished for. Favorite track: The Sacrifice.

theexplodingogre Comus is an oddity. On Comus's debut 1971 album they came out the gate with music that caught the vocal beauty of Renaissance at times, and other times sounded like a more deranged Jethro Tull while singing the whole time about such morbidities as shock treatment and raping demons. This album, released so many years later shows that in essence Comus was only sleeping, or as they said it: In a Coma. Now Comus's heart brgins to beat... Favorite track: The Sacrifice.

Wolf Moon Comus has got to be one of the most unusual sounding bands I have ever come across, their 1971 debut "First Utterance" definitely was very unique with some very macabre lyrics and an enchanting celtic folklore sound with a psychedelic twist aka psych/prog folk.

Comus even after a hiatus of almost 4 decades has still amazingly managed to retain their eerie and eccentric sound intact, and to this day it still doesn't sound out-dated. Here as in their debut, there's heaps of musicianship. Favorite track: The Sacrifice.

Sven B. Schreiber So this is the reunion album of one of the pioneering bands of a genre that later would be known as "rock in opposition" (RIO). The band is loosely related to "Henry Cow" and "Slapp Happy", since the legendary woodwind player Lindsay Cooper joined the former after the break-up of "Comus", and Roger Wootton performed as a guest on recordings of the latter. "Out Of The Coma" contains three new tracks, which represent a quite elaborate kind of folk rock. On these tracks, Lindsay Cooper, who was already struggling with her seriously impaired health then, was replaced by Jon Seagroatt. However, the real gem on this album is the live performance named "The Malgaard Suite", recorded around 1972, comprising material for the band's - never released - second album, featuring Lindsay Cooper. So this is the oldest Lindsay Cooper recording I'm aware of! Favorite track: The Malgaard Suite.

paul rote This is for anybody that suspects they did too much drugs ! A must have acid folk masterpiece ! Favorite track: The Return.

'Out Of The Coma' 'The Sacrifice' & 'Malgaard Suite': written by Roger Wootton.
'The Return': written by Glenn Goring with melodic development & vocal arrangements by Bobbie Watson.

Forged in the creative crucible of 1968’s ‘Summer of Love’, Comus took a decidedly darker path than flower-draggled hippiedom, with a prophetic counter-culture vision of ferocious, glowering firepower.
Their seminal album ‘First Utterence’ has continued to mesmerise and subvert since its release in 1971.
In 2008 Opeth's Michael Akerfeld persuaded the band to reform. ... more

Bandcamp Daily  your guide to the world of Bandcamp